Standing was painful enough for Nick until he found these chews

A big mistake people make is waiting until their dogs’ symptoms are so severe that they can barely walk. This is the worst thing you can do (besides doing nothing at all). Instead, you want to take action immediately. Like Gary…

Gary spent YEARS searching for something that could help his 11-year old dog, Nick, with his joint pain. Everything vets and friends told him to try was either too dangerous, unproven, or they simply didn’t work.

Over that time, Gary watched Nick’s joints make a turn for the worse. Tight hips. Stiff knees. He could just tell Nick’s joints were hot, inflamed, and screaming for help. Gary felt like there was nothing he could do. He was torn.

It killed him to see Nick in so much pain but he couldn’t fathom the idea of putting Nick down. Thankfully, it never came to that. One day, Gary stumbled across an all-natural pain-relief chew for dogs. After doing his due diligence, he saw THOUSANDS of dogs who’s joint-aging signals were wiped away because of it.

Nick jumped onto Gary’s bed first thing in the morning and gave him a big wet, slobbery kiss.

Something he hadn’t done in years. Gary still remembers this as the day he finally had his best friend back.

Thankfully this is currently still in stock. However, quantities are limited–and demand is HIGH. Gary’s story of how he discovered Nick’s joint-pain solution recently went “viral”… and stock is flying off the shelves fast.

It’s called Hemp & Hips Senior Small Breed. These delicious chews use proven, natural ingredients that provide joint nourishment, repair, and protection for dogs of all ages and breeds. Hemp & Hips Senior Small Breed helps rebuild, support, and maintain healthy joints–even as our dogs age–so they can keep doing things they love. This keeps them healthy, flexible, and lubricated, while naturally reducing those aches and discomforts. 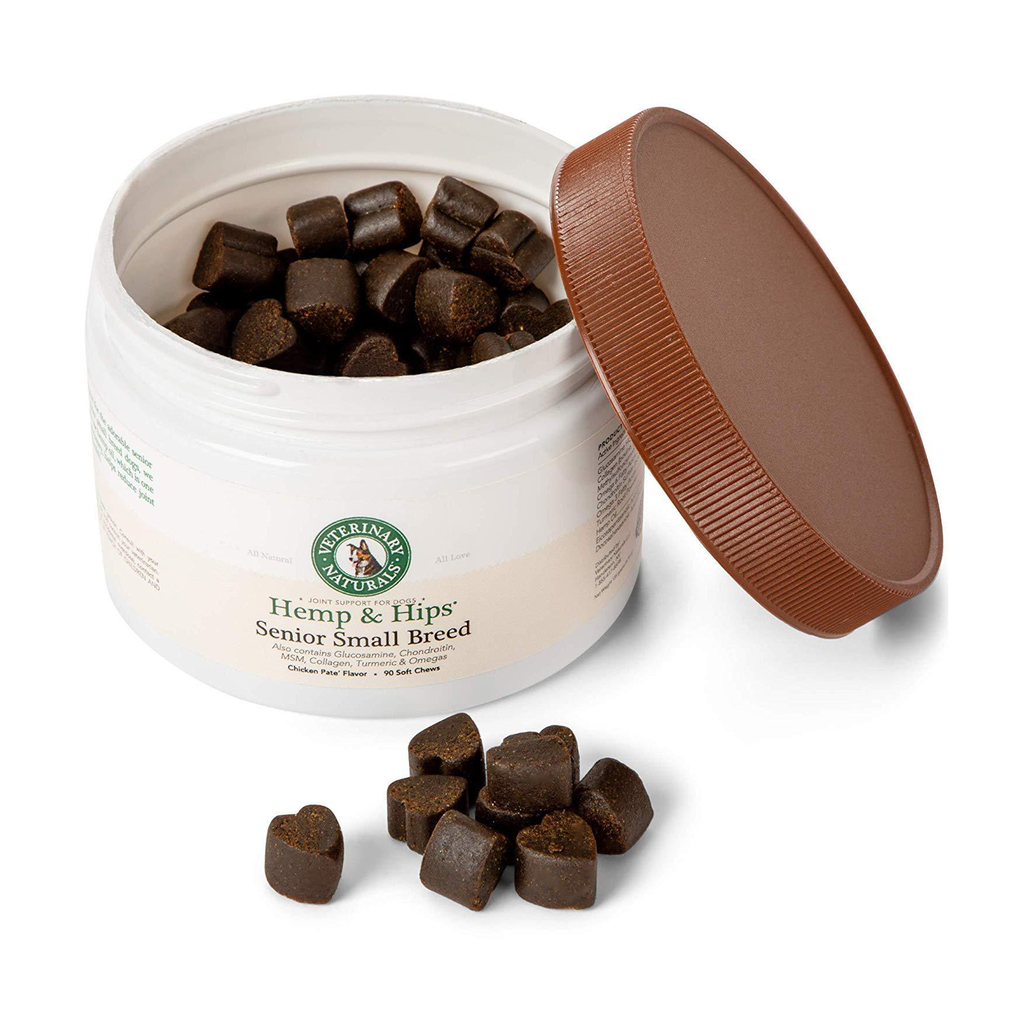 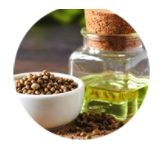 Spirulina - This uncommon algae has amazing detoxifying and immune-boosting abilities… some of which include, helping our dogs fight germs and even prevent illness.

Rest assured, Hemp & Hips Senior Small Breed formula is veterinarian-formulated and made with natural ingredients. This high-quality formula is Non-GMO, Vegan-friendly, Soy-free and made in the USA, in a GMP & FDA approved facility.

However, what most first-time customers find most impressive are the incredible reviews shared by Hemp & Hips Senior Small Breed customers. They’re ecstatic about the relief from these natural joint-care chews. They’ve already changed the lives of thousands across the United States. High rates. Unbelievable stories.

Hemp & Hips Senior Small Breed is safe, easy to use, and ultra-affordable. This allows dog owners of all income levels to provide natural, joint-relief to their best friend.

A great fit for any senior dog looking to regain it's mobility!  At 1-2 Chews per day, three bottles include enough Hemp & Hips Senior Small Breed Chews to last about three months. 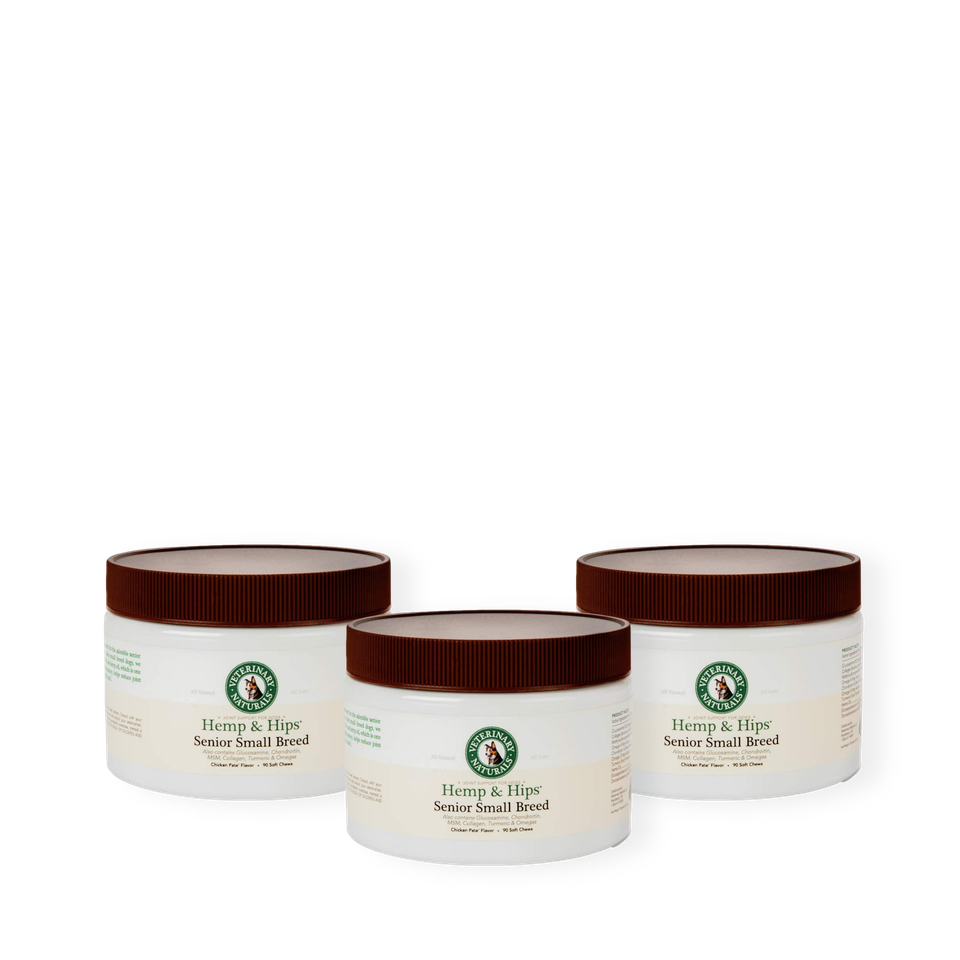 Six jars of100% Natural, Formulated By Vets & Made in the USA Chews for regaining agility and reducing joint pain!  Enough to last 6 months at 1-2 chews per day. 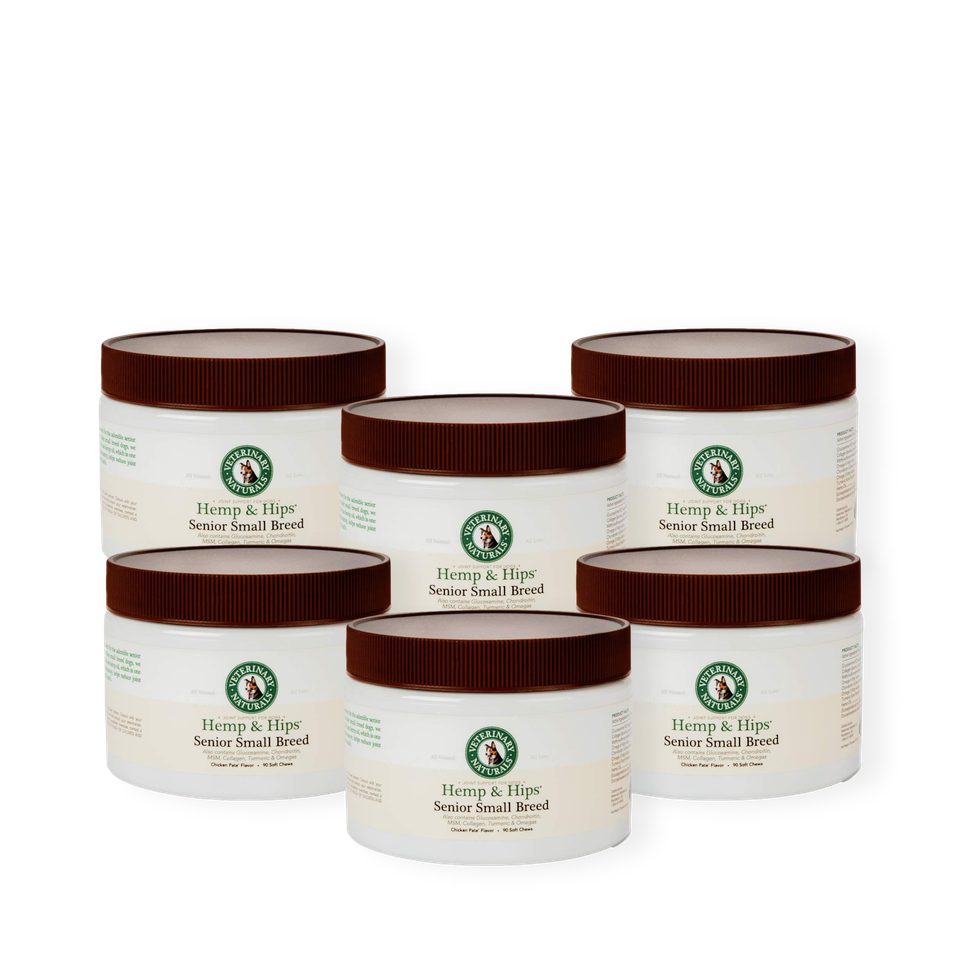 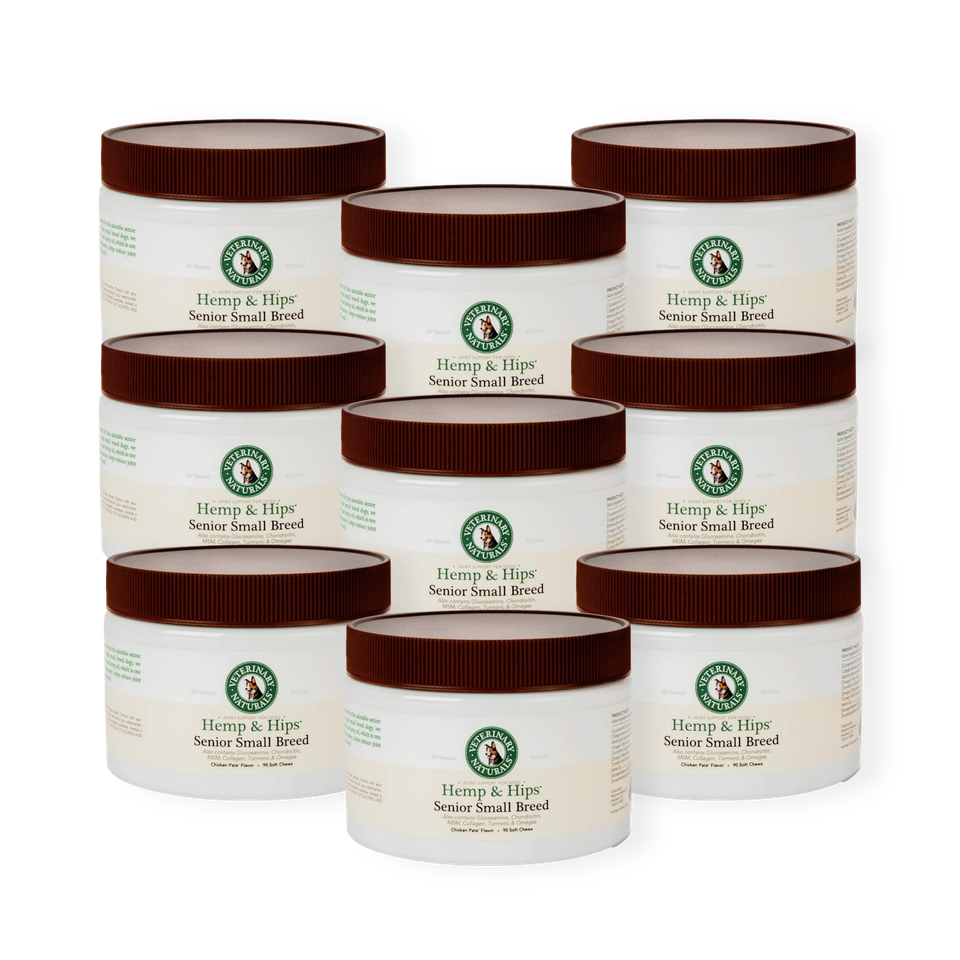 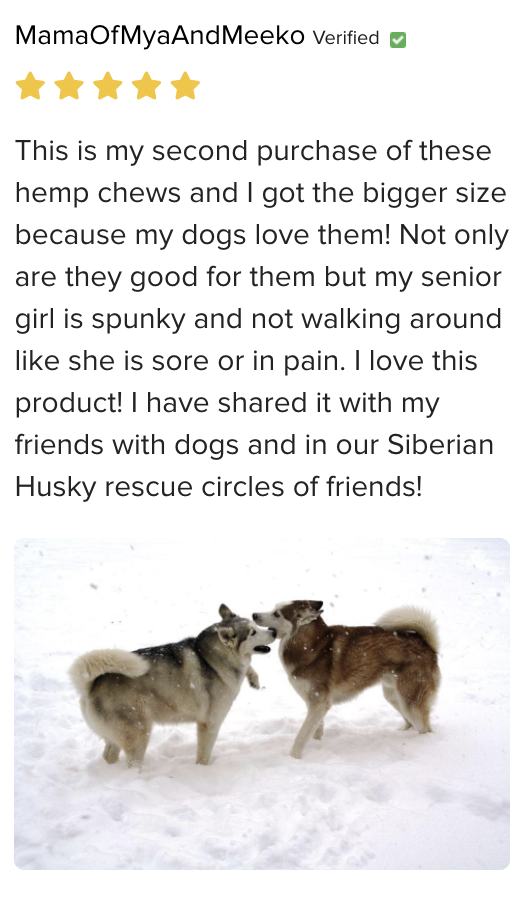 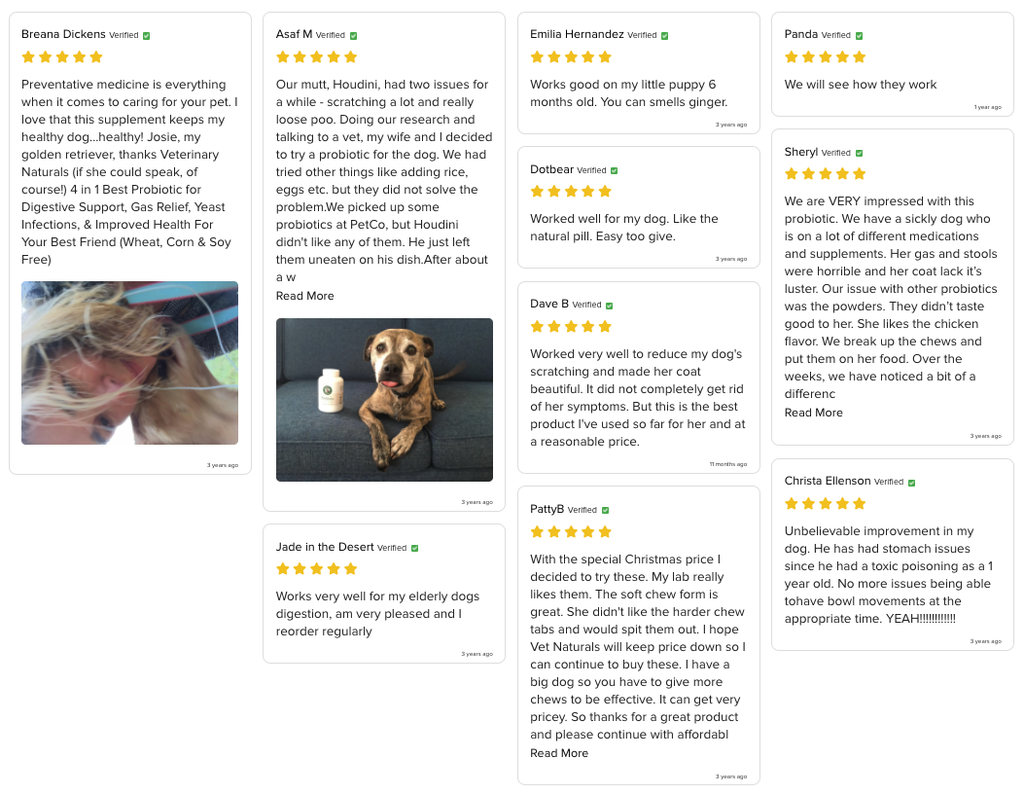